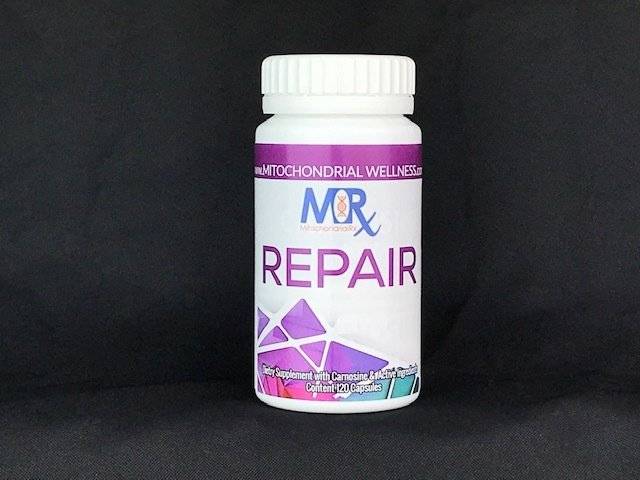 L-carnosine is the main active ingredient in Mitochondrial Rx Repair. Carnosine is naturally found in the human body with the largest concentrations found in the brain, heart, and muscle.

Because of its miraculous benefits, carnosine has been studied by scientists all over the world. In Russia it has been used and studied for over 100 years including by the Russian Space Agency and the Mars 500 Space Project to protect the cosmonauts from the damaging effects of cosmic radiation. Approximately 2000 scientific studies on the subject of carnosine have been published on PubMed.

After 15 years of research, Dr Kucera a pioneer in Mitochondrial Medicine developed the top-secret proprietary process that makes Mitochondrial Rx Repair the highly impactful and unique formulation that it is today.

The ingredients in Mitochondrial Rx Repair are manufactured over a 5 day process, in a registered compounding pharmacy, in a strict controlled environment. Dr Kucera’s unique proprietary process guarantees the highest potency and efficacy of any carnosine found on the market today.

Mitochondrial Rx Repair is manufactured through a secret proprietary process developed by Dr Kucera causing the carnosine to be highly potentized, allowing for maximum absorption and utilization by the body.

Once absorbed, the carnosine will last in the cell for 8 to 12 hours, massively repairing cell and mitochondrial the body. Dr Kucera‘s highly potentized form of carnosine found in Mitochondrial Rx Repair cannot be compared to other carnosine products on the market today.

Carnosine is composed of two amino acids (β-alanine and L-histidine) and is a dipeptide. One of carnosine’s greatest attributes is that it significantly enhances normal functionality of the cell.

Carnosine can slow the aging process by rejuvenating the cell, enabling the cell to regain its normal healthy function, prolonging its life.

Carnosine effectively protects the cell structure from deterioration, damage, or change, preventing the development of various diseases. Free radicals are one of the main sources of this damage.   Because carnosine is a powerful antioxidant, it can eliminate free radicals.

Carnosine is known as a neuropeptide because of its action in the brain. Neuropeptides are substances that preserve nerve cells, keeping them healthy. The transmission of nerve impulses (neurotransmitters) is also positively impacted by carnosine.

Approximately 2000 scientific studies were published on the subject of carnosine on PubMed.

Because Repair is a completely natural product and is drug free, it possesses a doping-free certification obtained from the W.A.D.A. ( World Anti-Doping Agency).

These statements have not been evaluated by the FDA. This product is not intended to diagnose, treat, cure, or prevent any disease.

Sold out
Sold out

What Formulations Should I Start With?
For maximum benefits, Dr. Kucera and Sheri Dixon highly recommend starting with all three of the Mitochondrial Rx line of nutraceuticals at the same time. They are synergistically designed to to be taken together. The best choice is to begin with a two-month supply.

Sheri Dixon’s ground-breaking book ‘The Fast Way to Slow Down Ageing’ can help you go from degeneration to regeneration.

Get Your Copy today and discover how to transform your life! 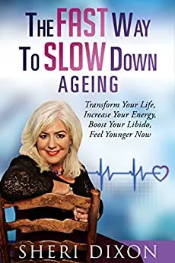 Get Your Copy Of The Fast Way To Slow Down Ageing